How advanced peptides can aid in healing and restoration

by andre_e
Comments are off 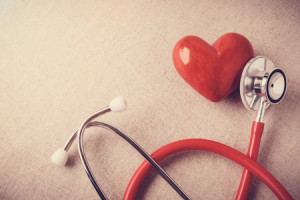 Ever since the advent of insulin therapy in the 1920s, peptide therapeutics have continued to play a crucial role in medical practices. From its ability to cure bones, to its ability to act as a skin anti-aging agent, peptides have exploded in popularity.

Peptide drug discovery that was once focused on endogenous human peptides has advanced to identify peptides from many other natural sources and even medicinal chemistry approaches. Today, the United States has approved over 60 peptide drugs and over 150 have entered the human clinical trial stage. However, in recent decades, a new wave of advanced peptides that promise healing and restoration in an unprecedented manner is rising.

What exactly are peptides? How do they function? What makes them suitable for use? Do they have any associated side effects?

Every cell and tissue in a human body contains protein and peptides that perform a wide range of functions. Millions of proteins buzzing in the body serve as the machinery that directs chemical reactions, gives cell their shapes, and even help to transport useful materials around the body. However, they are limited for some functions due to their large molecule size.

Due to their diminutive size, peptides are suitable for targeting at a cellular level, making them important biological entities capable of killing microbes, treating diseases, reversing aging, reducing inflammation, bone regeneration, among many others. Scientists are only beginning to unlock the full potential of bio-active peptides.

Peptides have been applied to several aspects of regenerative medicine because of three major properties:

Here are five areas where peptides have seen great advances.

Peptides like Sermorelin, GHRP 2, and GHRP 6 have long been used for increasing growth hormone levels. High growth hormone helps to maintain, build, and repair healthy tissue in the body’s organs. Advanced peptides that now finding application in this niche include:

Ipamorelin is one of the safest GH restoration used for GH deficiency treatment protocols. Unlike GHRP 6, Ipamorelin doesn’t affect the release of cortisol, aldosterone, prolactin, and acetylcholine, therefore minimizing potential side effects.

Some of the benefits of CJC 1295 and Ipamorelin include:

By the time we’re 40, our growth hormone levels begin to drop. These peptides hold the promise for us to beat the susceptibilities that are associated with old age.

One key feature of old age is the deterioration of the skin. Naturally, the body produces collagen – a protein type – that helps to strengthen the skin. However, we lose 1% of our remaining collagen per year after we reach the age of 30. By slathering peptides into your skin, it signals the body to heal itself by producing more collagen where it’s most needed. That’s why a plethora of skin-care products contain peptides.

Some peptides – referred to as hexapeptides – can relax the facial muscle, thereby minimizing the formation of wrinkles. Other peptides like palmitoyl tetrapeptide-7 and oligopeptide are better suited for stimulating skin growth and repair, protection against UV damage, and fighting inflammation. Melanotan II is an advanced peptide that also provides safe tanning of the skin.

Hypoactive sexual desire disorder (HSDD) is a form of sexual dysfunction that results in a long term disinterest in sex. People with high HSDD tend to have lower libido which negatively impacts their sexual relationship with their partners.

Peptides are have also been found to enhance the sexual drive in both men and women. Some examples include:

Originally tested for its ability to serve as a sunless tanning agent, Melanotan II also demonstrated the ability to stimulate sexual desires. This peptide is administered via injection into the skin. It increases libido through the brain. It increases the desire to have sex in women and it also helps men to achieve stronger erections. Minor side effects may include nausea and headaches.

This peptide is similar to Melanotan II, except that it isn’t suited for skin tanning. Bremelanotide is also injected into the skin. Within 45 minutes, its libido-enhancing effects start to become visible. Bremelanotide has been extensively tested and is very safe with minimal or no side effects.

The immune system is crucial for helping the body fight against diseases. One common peptide that helps to restore immune function is Thymosin a1.

It restores and regulates immune function by augmenting T-cell function. T-cells are one of the main components of the adaptive immune system that aid in killing infected host cells, activating other immune cells, and regulating immune responses.

Patients with CIRS or Lyme have an unstable immune function and Thymosin a1 can be beneficial in helping them regulate the immune system and increase melanocyte-stimulating hormones (MSH).

Over the past few decades, bone tissue engineering research has shown several peptides to support and stimulate bone healing responses. One common example is BPC-157.

BPC-157 is a synthetic peptide, whose peptide chain consists of 15 amino acids. Research has shown that BPC-157 has regenerative effects that can help to accelerate bone and joint healing and growth rate. For instance, experiments have confirmed its ability to help heal transected rat Achilles tendon.

Moreover, BPC-157 has been shown to benefit ulcers in the stomach, intestinal damage such as fistulas and inflammatory disorders.

Advanced peptides are becoming more important because of their ability to help with a wide array of medical conditions. Because of their preciseness in targeting specific cells on the tissue, their side effects are generally minimal. We are just at the beginning of a thousand-mile journey in understanding the full potential of peptides and harnessing its power to further improve the quality of life of the human species.

At Proactive Wellness Centers we understand how confusing health and well-being can be for an individual to fully comprehend. Let us simplify the process for you. Reach out to us today for more information. Why an apple a day may actually keep the doctor away
No Responses. Combating Alzheimer's with Brain Health Optimization and the Bredesen Protocol
No Responses. Science-based reasons why organic is better— for everything
No Responses. CBD oil: A safe and natural way to calm anxiety
No Responses. Relief is just a few drops away
No Responses.